There are several passages in Genesis which make mention of offerings, designed to honor the Lord and serve as an expression of repentance, gratitude and thankfulness. There are even times nothing is said about why the person is making an offering.

The first one of these types is found in Genesis chapters 6-9, which speaks of Noah and the flood. After the waters of the food had abated, in chapter 8, verse 16 ff, the Lord instructed Noah to bring every living thing out of the ark, both clean and unclean. In verse 20, we are told that Noah built an altar to the Lord, and took of every clean animal and every clean bird, and offered burnt offerings on the altar. And when the Lord smelled the pleasing odor, the Lord said in His heart, “I will never again curse the ground because of man, for the imagination of man’s heart is evil from his youth; neither will I ever again destroy every living creature as I have done. While the earth remains, seedtime and harvest, cold and heat, summer and winter, day and night, shall not cease.”

The idea of a burnt offering literally means to “let ascend,” as in the smoke. The whole animal was offered to God as an act of atonement for sin and to renew one’s relationship with God. As we look at this passage, it is unclear whether Noah is making an offering to atone for the sins of mankind prior to the flood, or as an act of gratitude for the Lord’s saving action in preserving Noah and his family. Yet, we know it is not God who needs man’s offerings or sacrifices; it is mankind who feels the need to offer something to God in times of repentance or as an expression of gratitude for His saving acts. Mankind needs something tangible to offer to God in order to grasp God’s mercy and grace. Yet what can we truly offer to God that is not already His?

The concept of offering something tangible or even costly to express repentance, love or gratitude is often found in our own interpersonal relationships. If a couple has an argument, does not the “party who was wrong” often offer some type of gift to sooth the wounds? Perhaps the “peace offering” is dinner at a nice restaurant, a piece of jewelry, flowers, chocolates, or in extreme situations a trip? In our human relations, the weight of the matter is more on the gesture than the gift itself. Yet, the value or quality of the gift may also be perceived as an expression of one’s sincerity or insincerity. The gift and attitude of the giver is also a reflection of how valuable the relationship itself is to the giver. 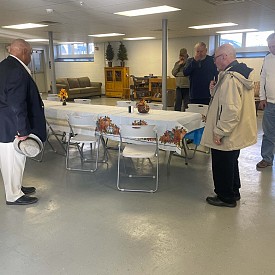 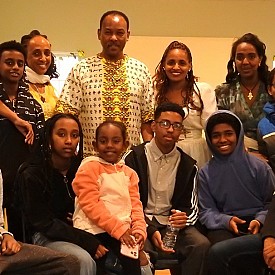