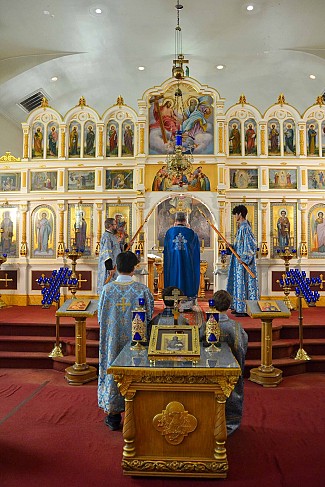 On Sunday, August 2, the community of St. John the Baptist met following Divine Liturgy to discuss and vote on a major initiative to prepare the temple for its next 100 years.
The “Heavenly Vision” project, Phase 1, will consist of needed repairs and upkeep to the interior of the 107 year-old structure. New wood flooring was overwhelmingly approved by the parish, as well as repair and painting of the ceiling, which will include much needed electrical work and lighting upgrades.

Fr. Silouan Burns has been very proactive - he and the Buildings and Grounds Committee consisting of Michael Lukatchik and Aric Gingo have been soliciting bids, meeting with contractors, and forming a grand strategy on brining the worship space up to date and making it, as humanly possible, a “heavenly vision." The flooring is long overdue for replacement, and the entire parish is energized to make this happen. There have been several capital improvements to the temple over the past decade including a new roof, but by far, this will be the biggest project since installing elevators and revamping the parish hall at the turn of the century.

Phase 2 of the project will focus on updating or replacing the iconography.

Glory To God For All Good Things! 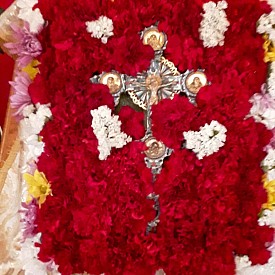 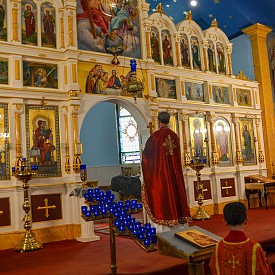