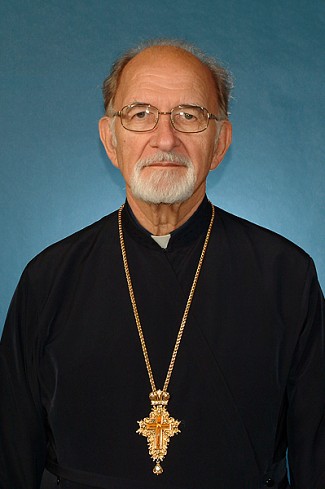 Archpriest John Nehrebecki, 89, fell asleep in the Lord on Great and Holy Saturday morning, April 7, 2018.  Father John was Pastor Emeritus of Christ the Saviour Church, Paramus, NJ, which he and his beloved wife, Matushka Eugenia, founded and faithfully served for 51 years until his retirement in 2003.

Father John was born as the eleventh child of Michael and Veronica Korsh Nehrebecki in Donora, PA on May 4, 1928, and was raised at Donora's Saint Nicholas Churh.  After he completed studies at Donora High School, he enrolled in Saint Tikhon's Orthodox Theological Seminary, South Canaan, PA, from which he graduated in 1950.  He earned his undergraduate degree from Davis and Elkins College, Elkins, WV and a Masters in Russian Studies from City University of New York before completing course work at Saint Vladimir's Seminary, Yonkers, NY and Fordham University, Bronx, NY, where he studied Russian Literature and History.

On May 22, 1952, he married the former Eugenia Yankovsky, daughter of the late Archpriest Elias and Matushka Euphrosina Trembach Yankowsky.  He was ordained to the priesthood on July 4, 1952 at Saint Mary Church, Lynn, MA, after which he was assigned Rector of Saint Mary Church, Osceola Mills, PA.  The following year he was assigned to Three Saints Church, Garfield, NJ, which he served until Christ the Saviour Church was planted.  Through the years he had established nine additional parishes in New Jersey and New York state and the Orthodox Chapel at the US Military Academy, West Point, NY.  For 40 years he also served as Dean of the New Jersey Deanery.  In 1970, he was among the members of the delegation who traveled to Moscow to receive the Tomos of Autocephaly granted to the Orthodox Church in America by the Russian Orthodox Church.

The Nehrebeckis raised six children and have numerous grandchildren and great grandchildren.  Additional biographical details, together with the schedule of funeral services and visitations, will be posted as they become available.

May Father John's memory be eternal!

A full Obituary and Funeral Arrangements can be found HERE. 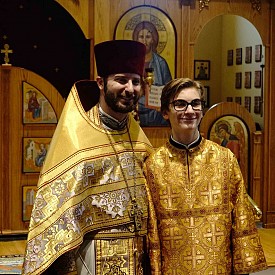 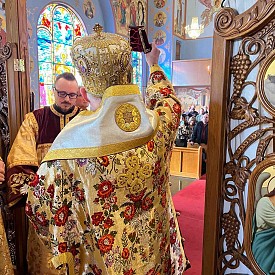