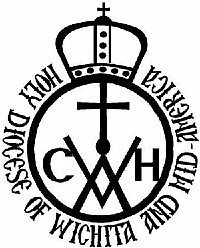 Dear to Christ, Fathers and Brothers:
Blessings and much love to you, your families and your congregations.
MEMORY ETERNAL.  Word has been received of the repose earlier this morning of His Grace BISHOP ANTOUN (Khouri), retired Bishop of the Diocese of Miami and the Southeast.  Funeral arrangements will be announced on the Archdiocesan web site. 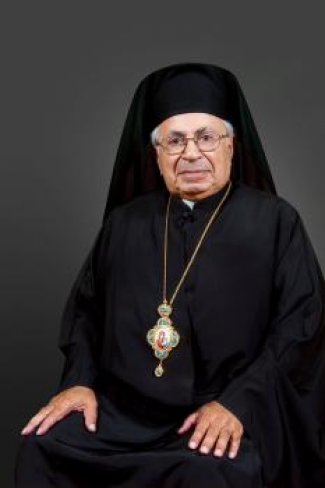 Bishop Antoun was born on January 17, 1931 in Damascus, Syria to Yssa and Wedad Elias Abraxia Khouri. At the age of fourteen, he entered the minor seminary at Balamand Monastery in Lebanon from which he received his diploma in theology. On October 28, 1951, he was ordained a deacon by Patriarch Alexander III at the Patriarchal Cathedral of the Dormition of the Theotokos in Damascus. Upon graduation from Assiyat Orthodox College in Damascus in 1957, he was assigned to the Antiochian Orthodox Archdiocese of Brazil. In 1959 he came to the United States to pursue a Master of Divinity at St. Vladimir Orthodox Seminary, from which he graduated in 1962
He was ordained to the priesthood on May 29, 1960, by Metropolitan Antony (Bashir), and was elevated to the rank and dignity of Archimandrite by Metropolitan Philip (Saliba) on August 3, 1969.   He served as a beloved pastor, administrator and educator in many settings, including the Archdiocesan Chancery in Englewood, New Jersey; St. Vladimir's Orthodox Theological Seminary in Crestwood, New York; St. George Church in Philadelphia, Pennsylvania; St. George Church in Toronto, Ontario; St. George Church in Allentown, Pennsylvania; and St. Nicholas Cathedral in Brooklyn, New York.
He was nominated auxiliary bishop to Metropolitan Philip by the Archdiocese General Assembly on August 1, 1981, and elected titular bishop of Selefkia by the Holy Synod of Antioch on November 4, 1982. He was consecrated to the sacred episcopacy at St Nicholas Cathedral in Brooklyn, New York on January 9, 1983 by Metropolitan Philip (Saliba), Archbishop Michael (Shaheen), Bishop Paul (Bandaly), and Bishop Antonio (Chedraoui).   He became a diocesan bishop October 9, 2003 and bore the title Bishop of the Diocese of Miami and the Southeast. After His Grace's recent retirement he was honored this past summer at the 2017 Archdiocesan Convention.
Please join me in praying a rope for His Grace's repose, saying, "O Lord Jesus Christ, grant rest to the soul of thy departed servant."
May His Grace be granted Paradise, and may you be granted long life.
Your forgiveness and prayers.
+Bishop Basil

Bishop Antoun ordained our Archbishop, MARK, a subdeacon, deacon, and priest and was also one of the Consecrating Bishop in Damascus Syria when he was Consecrated a Bishop. Memory Eternal!