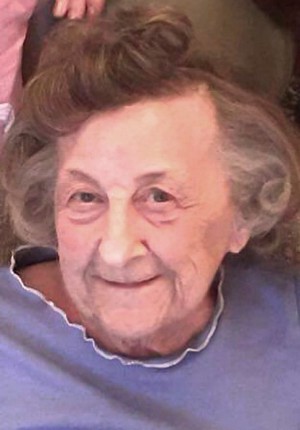 Matushka Olga Kapral, 92, passed away on Tuesday, June 6, 2017, at Celtic Hospice.
Born in Wilkes-Barre, December 16, 1924, she was the daughter of Maxim and Susanna (Zubal) Grabko. She was preceded in death by her husband, Archpriest Michael Kapral, in 1979.

Matushka Olga earned a Bachelor degree from Kent State University and Masters degree from the  University of Dayton (Ohio). She was an elementary school teacher for many years in the Warren (Ohio) School District. She was active in the Urban League and NAACP, played violin in the orchestra at Hiram College and enjoyed painting. Upon her retirement she enjoyed her farm, raising and showing horses. In later life she moved to Drums to be closer to her family and remained in her home until her passing. She was an avid opera fan and member of the Mozart Club.

In addition to her husband and parents she was preceded in death by her brothers, Robert Grabko and William Grabko, and by her sister, Dolores Grabko. She is survived by her sons Sergei (Victoria) Kapral of Plains and Michael (Danetha) Kapral of Manakin Sabot, VA; her grandchildren Sergei Kapral of Lancaster, Lauren (Todd) Forgette and daughter Ekatarina of Goldsboro, NC, and Alexander (Hayley) Kapral of Wyoming; and sister Laverne Perotto of Collegeville.

Visitation will be Friday 4-7 pm at Yeosock Funeral Home, Plains. Funeral services will be Saturday 10:00 am at Holy Resurrection Cathedral, 591 N. Main Street, Wilkes-Barre, Father Timothy Cremeens officiating, and internment at St. Tikhon’s Monastery, South Canaan.  In lieu of flowers donations may be made to Blue Chip Farms, St. Tikhon’s Monastery or the charity of your choice.

May Matushka Olga’s memory be eternal!