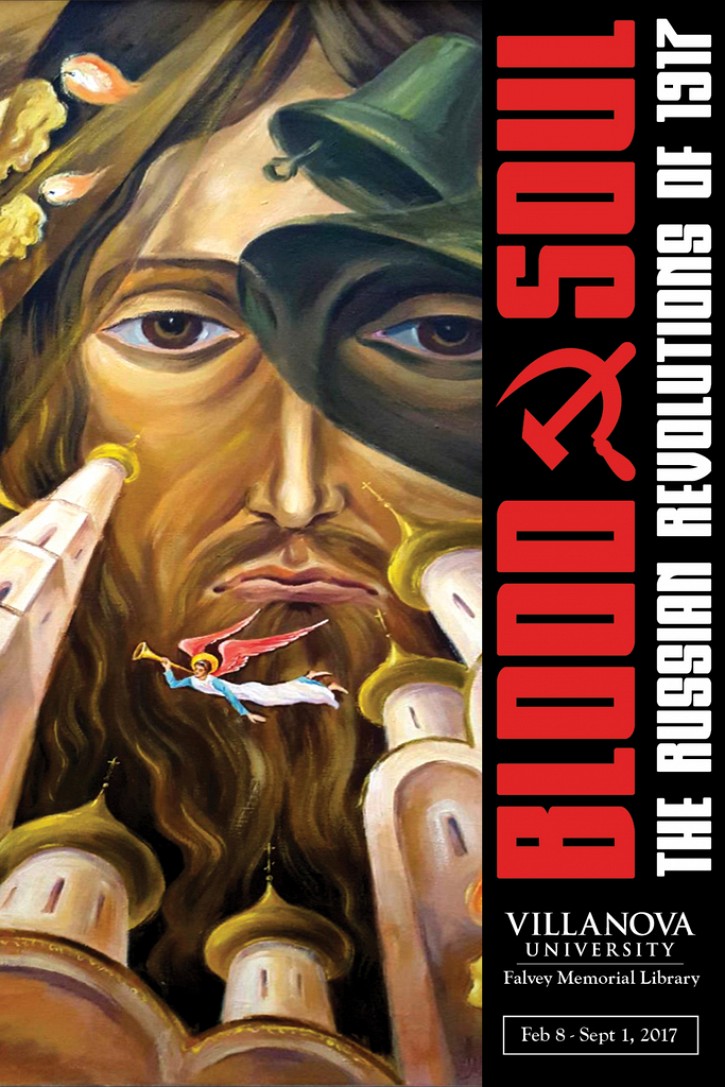 Blood & Soul: The Russian Revolutions of 1917

His Beatitude, Metropolitan Tikhon will presided at ceremonies marking the opening of an exhibit commemorating the 100th Anniversaries of the Enthronement of Saint Patriarch Tikhon of Moscow and the 1917 Russian Revolutions on Wednesday, February 8, 2017.
The exhibit, titled “Blood & Soul: The Russian Revolutions of 1917,” will run at Villanova University’s Falvey Memorial Library through September 1.  The exhibit is open to the public.
Metropolitan Tikhon will celebrate a Memorial for the Revolutions’ victims at Corr Hall Chapel at 4:00 p.m.  The exhibit will officially open one hour later.  The Imperial Icon of the Feodorovskaya Mother of God will be present during the service.
Co-curators of the exhibit are Archpriest John J. Perich, Curator of the Metropolitan Museum of the Orthodox Church in America, South Canaan, PA, and the Rev. Richard G. Cannuli, Curator of the University’s Art Gallery.
“The exhibit will include a number of Saint Tikhon’s personal items, including his family icon, vestments, relics from Moscow’s Donskoy Monastery, and other items related to his tenure as Bishop and later Archbishop in North America, where he served before his election as Patriarch of Moscow in 1917,” said Father John.  “Throughout the duration of the exhibit, several lectures and guest talks on Patriarch Tikhon and other important personalities of the time will be offered, together with a number of documentary films.”
An illustrated life of Saint Tikhon is available on the OCA web site.

About the Exhibition
Opening Ceremonies: February 8, 2017
4PM @ Corr Hall Chapel
Panikhida (Memorial Service) for the victims of the Russian Revolutions